Three Key Investment Challenges At The Intersection Of Health And Technology 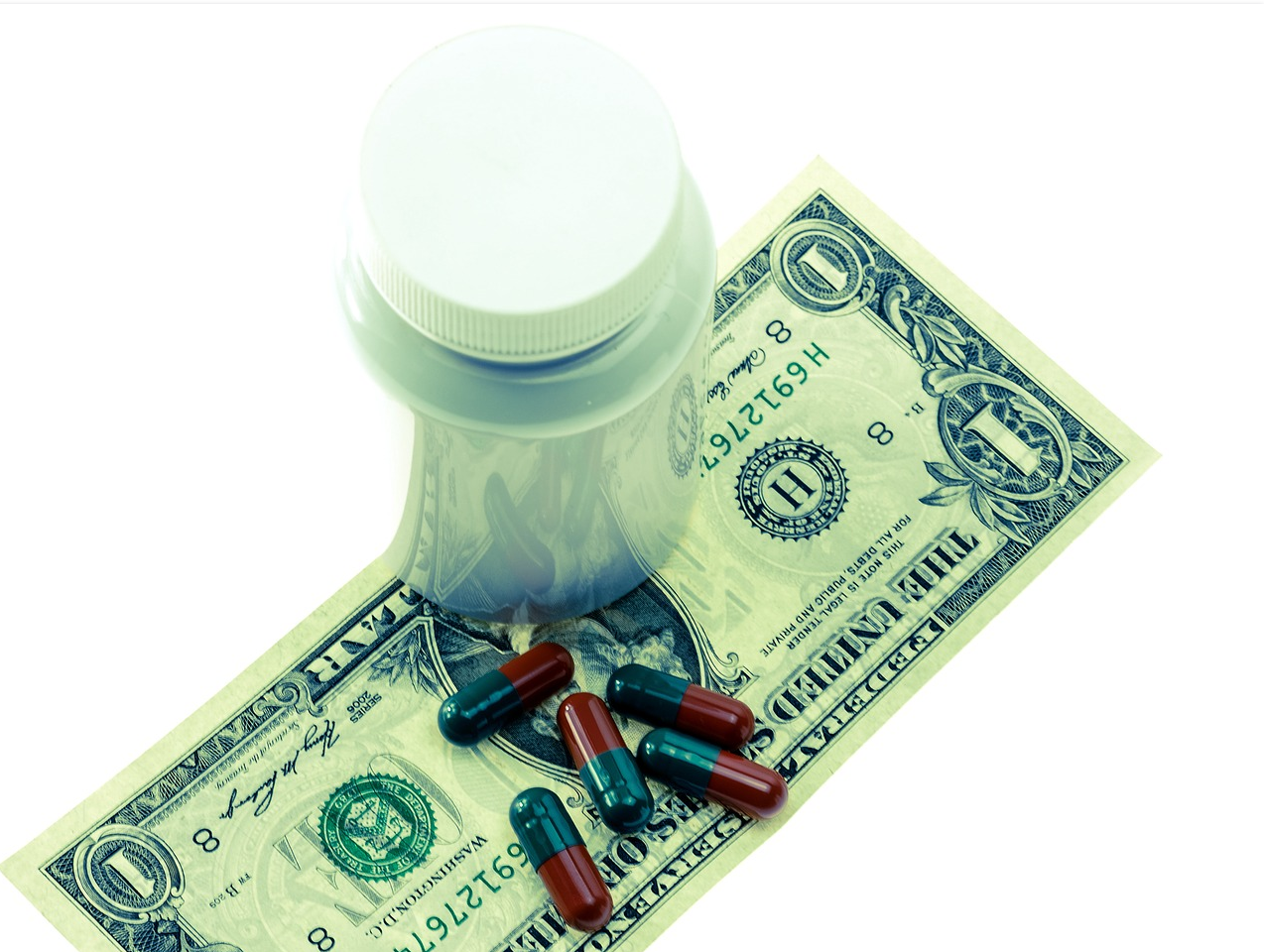 By now, we have it on good authority that healthcare is complicated. Apparently, many healthcurious tech investors have come to similar conclusions.  Healthcare investor Dr. Bijan SalehizadehIt seems that after several years of breathless hype, expectations have returned to earth (or lower) for many healthtech startups.

By now, we have it on good authority that healthcare is complicated. Apparently, many healthcurious tech investors have come to similar conclusions.

It seems that after several years of breathless hype, expectations have returned to earth (or lower) for many healthtech startups. A speaker at a recent Rock Health event described this politely as a flight to quality; but the real question many tech investors in particular have been asking is when–and whether–startups seeking to meld the wizardary of technology and the promise of market size to address urgent needs of healthcare will create the outsized success this pairing would seem to engender.

Our view: success stories are emerging, but to be a part of them, traditional tech investors may need to get out of their comfort zone a bit and learn to love, or at least embrace, services, messiness and regulation.

Healthcare as an industry generally relies on services to engage with patients and providers. And yet this human part of healthcare is the subject of many tech investors’ scorn. Stated simply, tech VCs seem to love software and remain leery of services. If at least some of these pesky human interactions could be replaced by more efficient technology-based transactions, the thinking goes, money would fall from the sky and healthcare would be healed.

A healthcare CEO colleague recently suggested that interest from the early-stage tech investors who have been cautiously exploring healthcare “seems to be fading as [promising putative health technology companies like] AthenaHealth, Fitbit, Evidation Health* and Castlight* begin to look [quelle horreur!] more like service businesses rather than software companies.”

This evolution, from the perspective of some tech investors, represents a real disappointment. Why? As our CEO friend put it:

Investors like profits, and software is very profitable. So, lots of service companies are automating and pitching themselves as software companies.

The trouble with healthcare automation isn’t regulatory constraints or complexity, but rather that hospitals justify their pricing with headcount, so there’s little motivation to automate (beyond the client-server EHR which HITECH paid for). Meanwhile, software companies serving insurers and pharmas (like Veeva and TriNet) have done better.

Finally, there’s the idiot-proofing. Warren Buffet famously said, “don’t invest in a business that can’t be run by an idiot nephew, because someday it will be. Internet software, once at scale, runs mostly by itself. No idiots needed.

The idea isn’t so much that service companies can’t make money–just look at Epic–but rather the margins are smaller than software and there is a lingering narrative that health tech services businesses aren’t “scalable.”

Well, tell that to United Health Group, Humana, Express Scripts and CVS, which seem to have done okay despite their core service businesses.

Bijan Salehizadeh, a healthcare-focused investor at NaviMed (a healthcare-focused private equity (PE) firm based outside Washington, D.C.), agrees that in some health tech boardrooms, “services has become a dirty word,” but adds, “service delivery is how most large healthcare enterprises adopt even cutting-edge software… In nearly every services investment I make, success depends on leveraging technology to drive outsized efficiency gains.” His advice: “Don’t fight gravity, embrace it.” (You can listen to our 2015 Tech Tonics interview with Salehizadeh here.)

Salehizadeh views the services/software disconnect as a problem peculiar to early-stage tech VCs. He cites a recent report that in private equity, there’s always interest in healthcare services companies, resulting in “a heated struggle for assets” and outsized valuations.

Salehizadeh notes that while “PE loves high-margin business as much as VC,” PE firms “are used to low-margin services” and will happily invest, “as long as EBITDA to cash flow generation is strong (i.e. payers pay).”

In contrast, he says, from perspective of tech VCs (particularly those based in Silicon Valley), “Old services and cash flow are so boring. So disruptable. Tech blogs don’t like services. Not sexy.”

Maybe not sexy, but more than 70% of the total healthcare spend flows through a services lens, according to CMS.

A second challenge facing many tech investors who contemplate a dive into the healthcare deep end (see here) is understanding both the complexity and the messiness of the problems to be solved. This includes understanding the mechanics of healthcare funding streams–it’s not unusual to create a product that’s prescribed, used and paid for by three separate groups–as well as the often tacit needs of the stakeholders. The “solutionism” mindset doesn’t always neatly address the challenges that the healthcare system has created for itself and cemented into place through static workflow, complex regulation, perverse financial incentives and a fundamental lack of patient engagement.

As a result, it seems that many in the tech world have engaged in a recalibration of sorts, captured especially well in a recent Bloomberg article about Verily. In 2014, to much fanfare, the Google-associated company announced a bold new “moonshot” project, called Baseline, seeking to characterize essentially all measurable parameters in the human body. Even as recently as 2015, according to Bloomberg, Verily CEO Andrew Conrad was “talking about ways to ‘defeat Mother Nature.’” But when Verily announced the launch of Baseline in April, Conrad was considerably more measured. “We grew up,” he told Bloomberg.

Former FDA Commission Robert Califf demonstrated his mastery of the understatement when he told Bloomberg, “At times, Silicon Valley people are very naive about the complexity of healthcare. It’s going to be a lot harder than they think.” (David’s take on the recent Baseline launch is here.)

It’s easy to be impressed by the maturation of technology investors who have crossed over into healthcare over the last five years, as more seem to appreciate the need to demonstrate value in a robust clinical trial or economic study, and to figure out who’s actually incentivized to pay for their products. There is far more partnering between tech and healthcare investors, and the bravado of some of the earlier tech investor commentary has been muted by reality (as Salehizadeh anticipated in 2013). But there persists a belief in at least some of the tech world that if they just get it right for consumers, they might fundamentally change the healthcare dynamic itself. So far, there has been not much proof, and very little pudding.

In 2014, legendary Silicon Valley investor Bill Gurley suggested on Twitter that he was contemplating healthcare, but concerned about “regulatory capture”–the idea that existing regulations favor incumbents to the point of making it prohibitively difficult for innovators to successfully enter the market. For instance, state licensure requirements have arguably slowed the adoption of telemedicine because they do not allow practice across state lines, thus making it harder to realize many of telemedicine’s efficiencies.

Further, the simpler path through the FDA, a 510K, is attainable only when launching a device that is comparable to something already in the market. The 510K allows for faster approvals for products that are substantially equivalent to that which came before, meaning that truly disruptive technologies are often subject to far more onerous, costly and lengthy approval processes.

Moreover, while software generally takes a shorter path through the FDA than most other healthcare products, it’s likely that as artificial intelligence and other technologies lead us in the direction of “alternatives to the physician,” as many aspire to achieve, the bar will become much higher if real clinical decisions are to be made through these systems.

In fact, many in tech felt that they could come to healthcare and somehow avoid the FDA altogether, assuming that by staying on the software side of the aisle, they could avoid some of the onerous compliance requirements that rarely exist in tech (especially on consumer-focused tech) but which add time and cost to market entry in healthcare.

D’oh! As it happens, the FDA has determined that while they won’t microregulate every health-related app, any software system that makes clinical determinations beyond simple recommendations is likely to require FDA oversight. And appropriately so.

Some Silicon Valley tech VCs were reportedly hopeful when it appeared that two libertarian members of their own ranks–Balaji Srinivasan, a board partner at Andreessen-Horowitz, and Jim O’Neill, an associate at Peter Thiel’s Mithril Capital–were under consideration for FDA Commissioner. However, the selection of the more traditional candidate, Dr. Scott Gottlieb (see here), muted the enthusiasm, as he (sensibly) seems more inclined to reform the FDA than to repeal it.

Despite the challenges facing both health tech startups and some of the tech-focused VCs who back them, we are encouraged by several recent developments.

First, we are excited by a new breed of health company that seems to be emerging and showing some real promise, precisely because these startups are able to blend tech and services so effectively. Examples of this genre include: Omada Health*, Clover, Harken Health and Iora*–all of whom enjoy robust valuations.

We’re also encouraged by the dogged determination of some tech VCs, who seem determined to move forward in health. Andreessen-Horowitz, for instance, recently launched a healthcare fund, led by former Stanford computational biologist Vijay Pande, and shows no signs of abandoning its interest in the space. Gurley, for his part, cites at least two recent healthcare investments–Brighter, a dental company, and Solv, which seems to be a ZocDoc for urgent care, and to represent a space Gurley feels is especially promising (and accessible). Gurley notes Benchmark is “also the largest investor in OneMedical.” Google Ventures (GV) has gone all in on health tech investing (disclosure: GV is an investor in DNAnexus, where David is Chief Medical Officer), and even Apple, which once touted its plan to stay away from the FDA, has changed its tune.

Many savvy tech-driven health startups have demonstrably upped their game with respect to regulation. After some initial, well-publicized difficulties, 23andMe appears to have learned their lesson and, after a concerted effort over a number of years, seems at last to have worked its way back into the agency’s good graces. Companies like Virta Health, Flatiron and Verily appear to prioritize regulatory compliance, and they appreciate that this represents table stakes for a serious healthcare business–a reality that wise tech investors have learned not only to accept but, if they’re savvy, lean into.

The fundamental challenge of healthcare is that it tends to be a highly conservative business urgently in need of inspired disruption–the original and exciting thinking for which tech entrepreneurs are especially known. The hope is that there’s a way for tech innovators to leverage both their powerful tools and their creative mindset in a fashion that acknowledges the complexity of health and disease and the high stakes associated with potential solutions. Getting there will require a balancing act no less complex than healthcare itself.

Lisa Suennen, the coauthor of this post, is senior managing director at GE Ventures, author of the Venture Valkyrie blog and co-host, with David, of the Tech Tonicspodcast. Disclosure: GE Ventures portfolio companies mentioned in this post are indicated with an asterisk (*).