The secret to a long, happy, healthy life? Think age-positive 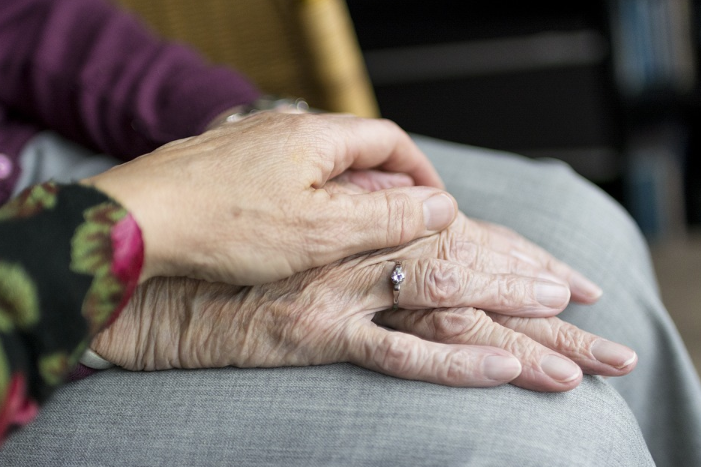 We’ve long been told to respect our elders. But now there is scientific evidence that respect can potentially save lives among the elderly and keep them both physically and mentally healthy.

An analysis by the global journalism network Orb Media found that countries with high levels of respect for the elderly recorded better health among older populations and lower poverty levels for over-60s.
As we enter a new phase of history — with 2.1 billion people predicted to live beyond 60 by 2050 — global attitudes toward older people have not kept up.
India’s elderly are worried about their social lives
In a 2016 World Health Organization survey across 57 countries, 60% of respondents reported that older people are not respected.
A more recent report by the Royal Society for Public Health in the UK gauged the feelings of 2,000 British citizens and found some other bleak trends. Almost half — 47% — believed that people over 65 struggled to learn new skills. A quarter of 18- to 24-year-olds and 15% of the total respondents agreed that “it is normal to be unhappy and depressed when you are old.”
Becca Levy, professor of public health and psychology at Yale School of Public Health, believes that negative attitudes are due to “the growing medicalization of older adults” and “the growing anti-aging industry that promotes and actually profits from a fear of aging.”
But in the UK alone, older people made net contributions to the economy of nearly 40 billion pounds (US $52.64 billion) during 2011, according to a 2011 analysis.

The dangers of stereotypes

Negative stereotypes can be dangerous to older people in a number of ways, including shortening their lives.
Levy analyzed interviews with 660 people from Oxford, Ohio, that were conducted over more than two decades and matched these with mortality information. Her team found that those with a positive attitude toward aging lived on average 7.5 years longer than those who viewed it as something bad.
Intergenerational care: Where kids help the elderly live longer
“We were very surprised at this difference,” said Levy, who believes that people with positive mindsets were able to live longer because positive attitudes can influence psychological, behavioral and physiological mechanisms in the body.
Positive thinking can better behavior by leading people to engage in healthier lifestyles such as exercise. A person’s positivity can also improve their psychology,making them better at coping with stress — a contributor to memory loss and brain shrinkage.
According to one of Levy’s studies, in Ireland over the span of 30 years, mental conditions such as depression and anxiety were more common among people with negative ideas about aging.
Dr. Luigi Ferrucci, geriatrician and director of the Baltimore Longitudinal Study on Aging, was skeptical at first when the idea of a link between someone’s health and their feelings about age was suggested.
German pensioners flee retirement home for heavy metal festival
The Baltimore team’s study, which started in 1958, also asked participants about their thoughts on aging, and expecting to find no connection between the two. But they soon discovered that people with a positive attitude toward aging had less cardiovascular disease, they produced less cortisol — a stress hormone — over time, and autopsy findings showed less frequent dementia.
“Using very, very objective measures, we found that they were much better compared to those that had a negative attitude,” Ferrucci said.
But he cautioned that, “while the evidence is really strong, whether we can we generalize this [finding] to the general population is not completely understood.”

Where are people most negative?

“High income countries are the highly industrialized countries and industrialization tends to devalue older people,” explained Erdman Palmore, professor of psychiatry and behavioral sciences at Duke University, in an email, adding that traditional rural societies tend to have higher respect because older people can keep working longer and are more valuable to the economy.
Retirement policies make older people seem less valuable to society and a country’s economy, he said.
Japan, South Korea and Argentina are the three lowest-ranking countries when it comes to respect for the elderly, according to World Values Survey carried out between 2010 and 2014, despite their large elderly populations. These respect estimates — recorded in 2014 — paint a changing picture of perceptions.
In Japan, for example, middle-age men, who were traditionally valued, are now seen as having lost their honor and value in society.
The UK report found that most beliefs around age are formed by the age of 6. “Once prejudice has been learned it is often very hard to unlearn,” the report’s lead author, Toby Green, wrote in an email.
“For many people the stereotypes they absorb then persist into later life — at which point they begin to apply them to themselves. This means that negative age stereotypes are embedded among groups of all ages,” he said.

Where did the stereotypes come from?

Eat Mediterranean diet for a healthier and younger brain, studies say
In one study, they analyzed synonyms for the word ‘elderly’ in a database of 400 million words included in a range or print sources from the past two centuries and found that from 1810 to 1879, the concept of getting older was viewed positively in the United States.
Then, from 1880 onward — the midst of industrialization — people started seeing aging as something bad. The researchers suggest the rising number of people over the age of 65 was associated with the increase in negative beliefs around age.
Still, there remain many countries where the elderly are viewed as a valuable part of the population and deserving of respect.
Georgia, Uzbekistan and Qatar scored top places in the world value survey when asked about whether people aged over 70 are likely to be seen with respect.
Positive mindsets about age have very real impacts on the elderly.
A 2018 study found that the chances of dementia can be lowered by 49.8% if a positive outlook is maintained. Older people with happy thoughts have also been proven to recover faster from cardiovascular events, according to Levy’s work.

The need for integration

In 2016, WHO acknowledged the need for ageism to be globally addressed and highlighted that ageism is most likely more widespread than sexism and racism.
Green believes that one of the solutions to reducing ageism is integrating generations.
His report for the Royal Society of Public health found that 64% of Brits didn’t have a friend who is at least 30 years older than they are.
Integration is “really important — there’s so much evidence on the health and wellbeing benefits of this,” he said.
Starting with young children and encouraging workplace diversity to tackle ageism are other strategies Green recommends. “Making this progress in workplace settings would do a great deal of good for wider cultural change.”
Ferrucci believes that “we need to see our life as a trajectory. Every single period is important.”
People should prepare for aging and make changes to their lives now to expand the years spent in good health, he said. Physical exercise and nutrition were the most important factors in longevity.
“Our aging population is the strongest, most important change that will occur in the world over the next 20 years,” he added. “When aging comes, it’s not so bad if you have been planning for it.”
Article originally found on CNN.com