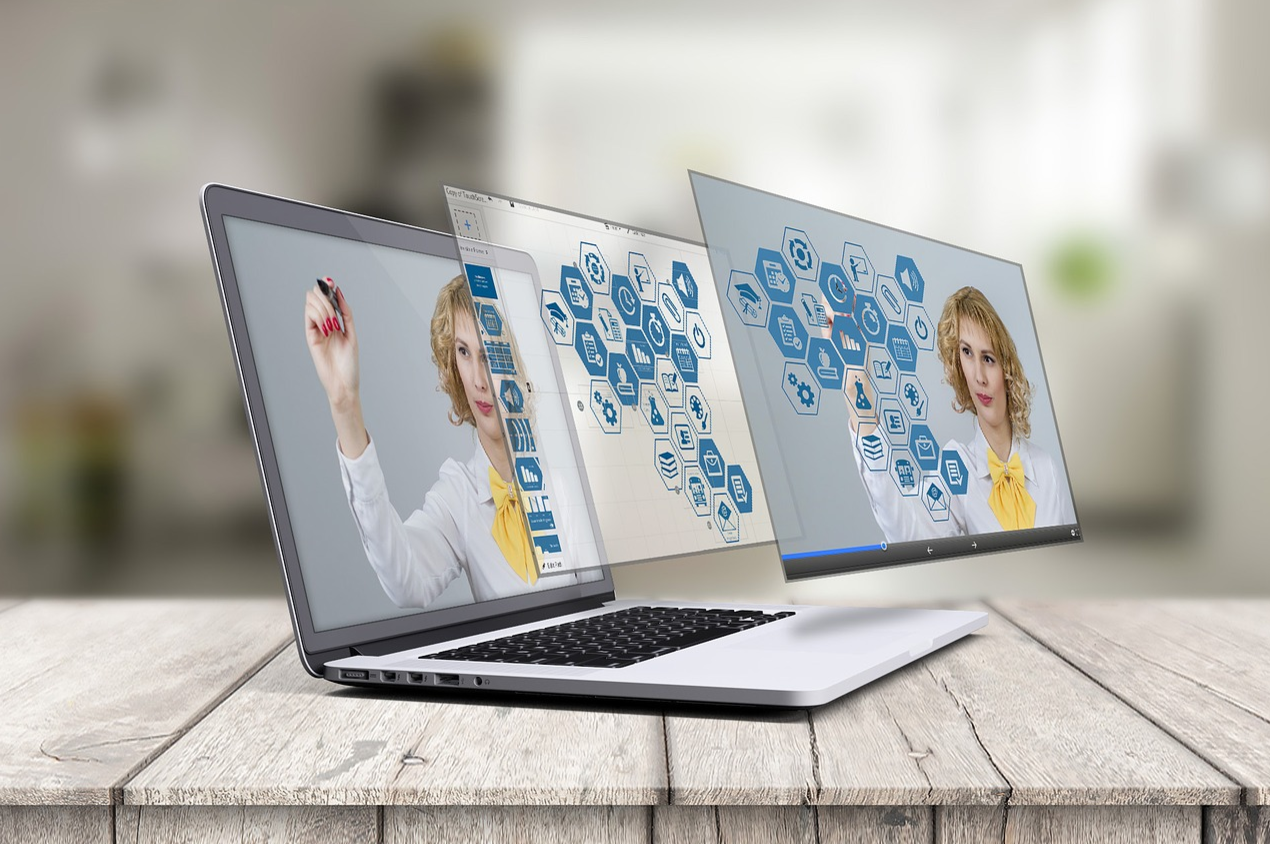 As NBC News MACH reported previously, psychologists have found VR to be good for treating post-traumatic stress disorder. And stroke doctors, pain specialists, surgeons, and other medical practitioners have found their own uses for VR. In some cases, medical VR involves the familiar headsets; in others, 3D glasses and special video screens give a VR-like experience.

Scientists Find New Way To ‘Print’ Living Tissue
The use of VR and 3D visualization technology in medicine isn’t brand-new. Medical researchers have been exploring ways to create 3D models of patients’ internal organs using VR since the 1990s. But advances in computing power have made simulated images much more realistic — and much faster to create.

X-rays, CT scans, and MRI scans can now be turned into high-resolution 3D images in under a minute, said Sergio Agirre, chief technology officer of EchoPixel, a Mountain View, California firm whose visualization software is being used in hospitals across the U.S. “Twenty years ago, it would probably take them a week to be able to do that.”

These days, common surgical procedures like appendectomies or cesarean sections are often pretty routine — one case is similar to the next. But some especially complicated procedures — including the separation of conjoined twins — present unique challenges that can be met only with meticulous planning. For these, 3D visualization is proving to be a game-changer.

Recently, VR played a vital role in the successful separation of conjoined twins at Masonic Children’s Hospital in Minneapolis. The three-month-old twins were joined far more extensively than some other conjoined twins, with intricate connections between their hearts and livers. That meant the surgery to separate the twins would be unusually complicated — and potentially very dangerous for the twins.

Before surgery, the surgical team took CT, ultrasound, and MRI scans and created a super-detailed virtual model of the twins’ bodies — and then ventured “inside” their organs to identify potential pitfalls and plan how these would be avoided during surgery.

“You look through the 3D glasses, and you can basically walk through the structure, peeling apart parts so you can look at exactly what you want to,” said Dr. Anthony Azakie, one of the surgeons who separated the twins. He said the high-resolution visualization “helped minimize the number of surprises that we were potentially dealing with.”

VR technology is also being used by vascular specialists like Dr. In Sup Choi, director of interventional neuroradiology at Lahey Hospital & Medical Center in Burlington, Massachusetts. When he uses interactive 3D visualizations to prepare for procedures to fix aneurysms and blocked arteries, he said, he gets “a better idea of what types of devices we have to use and what approach might work best.”

VR FOR PAIN AND ANXIETY

If doctors are donning VR gear, so are their patients. They’re using the headsets to immerse themselves in a peaceful virtual world that takes their focus off discomfort associated with medical problems and treatments.

This New Device Turns Your Smartphone Into A Medical Lab
Because anesthesia and sedation can be risky for some patients, including those who are frail or very elderly, some hospitals are offering these patients VR headsets as a way to help control pain during minimally invasive procedures. It’s still experimental at this point, but the results so far have been successful.

Similarly, VR has been shown to reduce anxiety in cancer patients undergoing chemotherapy infusions. VR is even making injections and other painful or potentially frightening procedures less distressing to children.

But burn patients may be some of the biggest beneficiaries of VR technology. From daily cleaning and bandaging of burns to skin grafts, severe burn patients experience “some of the most painful procedures in medicine,” said Dr. Hunter Hoffman, a University of Washington scientist with expertise in the use of VR for pain relief. “Pain medications help, but they’re often not strong enough.”

SnowWorld is used to distract a burn patient from pain. Hunter Hoffman
For these patients, Hoffman helped create the VR game ”SnowWorld,” which features imagery designed specifically to distract burn patients from pain. Patients who play the game during treatment report up to 50 percent less pain than similar patients not playing the game, according to preliminary research. Other research suggests that patients playing the game actually show changes in the brain that indicate they’re feeling less pain.

SnowWorld is now being evaluated in clinical trials at four sites in the U.S. and at two international sites.

VR shouldn’t be considered a replacement for pain-killing medication, Hoffman said, adding that combining drugs and VR could be especially effective.

“Using VR, I can control what’s going on around the patient and measure what kind of impact it’s having on that patient’s ability to change,” said Emily Keshner, a professor of physical therapy at Temple University in Philadelphia. “We expose them to this repeatedly and we give them feedback about how they can respond to prevent themselves from falling.”

Research has shown that VR-mediated rehabilitation can speed the pace at which these patients regain physical abilities. There’s a long way to go in conducting all the research needed to validate these results and make these techniques part of routine practice, Keshner said — but it’s on the way.

One study of stroke patients showed that VR rehab led to more improvements in arm and hand movement compared to conventional rehab after four weeks of therapy. The VR-assisted patients had better mobility when the doctors checked in two months later. Other research has shown similarly successful outcomes for patients with cerebral palsy undergoing rehab for balance problems.

“The power of VR [for therapy] is that you’re really changing the way people perceive the world,” Keshner said. “They learn how to respond. And after practicing in that virtual world, they are much more confident and capable.”